The End of the F***ing World Wiki
Register
Don't have an account?
Sign In
Advertisement
in: Characters, Characters with an unknown status, Male Characters,
and 2 more
English

James ends up in the hospital from his injuries at the end of season 1, and he spends over a year in physical therapy relearning how to walk. A jury found him not guilty of Koch's murder, but he was given a suspended sentence due to the other crimes he and Alyssa had committed on the road. Alyssa's mother visits him the hospital and forces James to write a break up letter to Alyssa, and the two lose contact with one another.

In season 2, James starts pursuing a much more active role in the lives of people he loves. He becomes a lot more open with his emotions and stands up for himself more. James is also much more focused on his personal relationships with others, wanting to stay close to them, and wanting them to be happy. It is unlikely that James shows the same symptoms of PTSD that Alyssa has from the attack, as he is overall a lot calmer and self-aware in the second season. His selfless nature is a lot more prominent in the second season, as well as his loyalty. For example, when he went back to the restaurant to save Alyssa from Bonnie’s revenge plan.

Even though James went through multiple traumas, he still remains passive, tranquil, and patient. In the last episode, Alyssa reveals to him that she loves him, but needs more time to heal. James responds with an “okay”; it is insinuated that he will continue to support and love Alyssa while she heals. 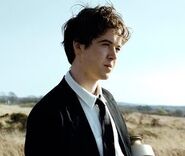 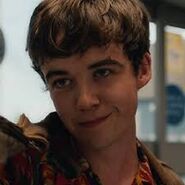